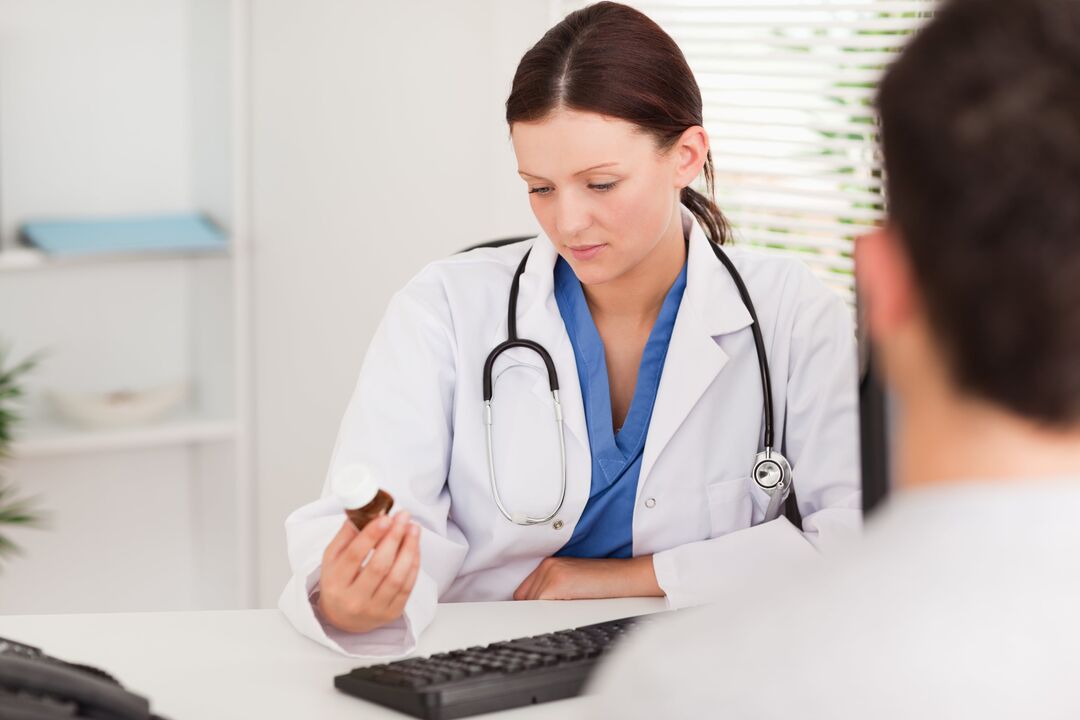 Psoriasis on the elbows is an inflammatory process with characteristic rashes. Among the provoking factors for the onset of the disease, heredity, various diseases, bad habits, stressful situations and others are distinguished.

The pathology is accompanied by itching, redness, swelling and pain in the affected areas. To make a diagnosis, urine, blood, feces, biopsy and Bakposev tests for microflora are prescribed. Treatment includes the use of medication, local remedies, physical therapy, and dietary changes.

Before starting treatment for psoriasis on the elbows, it is necessary to exclude other pathologies: eczema, fungal infection.

Only after a full examination, certain drugs are prescribed, so a prior consultation with a dermatologist is necessary.

Psoriasis occurs in several stages that regularly replace each other.

The outer surface of the elbow area is covered with small papules. Outwardly, they resemble acne with a random arrangement. After 14-21 days, the formations turn into voluminous plaques covered with scales. The dryness of the skin increases, the surface becomes rough.

This stage is characterized by the formation of multiple large plaques. Patients complain of peeling, redness in the affected area. The borders of the rashes are represented by a well-defined border. At this stage, the transition of the disease to a period of exacerbation is noted.

With a correctly selected scheme of therapeutic measures, the clinical picture becomes less pronounced, and the disease goes into a state of dormancy. The number of psoriatic rashes decreases, new papules are absent.

This stage is accompanied by a decrease in the severity of symptoms, the number of plaques is significantly reduced. The skin on which the rashes were previously localized is noticeably pigmented, but at the same time there are no characteristic scales at the sites of the lesions, the epidermis does not peel off.

The beginning of the development of the pathological process is indicated by the appearance of small red spots of an oval or rounded shape. As the disease progresses, the number of formations increases, they spread to the surrounding healthy areas of the skin.

Psoriasis is an autoimmune disease that cannot be completely cured. However, modern methods help to quickly eliminate the exacerbation of the disease and achieve long-term remission.

Antihistamines are used; For rashes on the joints, local ointments and creams containing corticosteroids, salicylic acid are used.

An important method of treatment is the appointment of a diet and vitamin complexes; a positive effect of some homeopathic preparations has been noted.

The early stage is characterized by a small number of rashes on the skin. If at this stage it is time to see a specialist, the likelihood of the disease becoming chronic can be reduced.

The main feature of psoriasis is the formation of scales with a slight silver tint. When subjected to mechanical action, their integrity is violated, resulting in a smooth surface with bloody cracks.

There have also been cases where psoriasis plaques have no scales.

Patients complain of severe itching, swelling at the site of the lesion, burning sensation. If you palpate the damaged areas, you can find an increase in temperature and pain in these places.

Depending on how well the protective functions of the body work, when the disease affects the entire surface of the skin of the upper limb, the pathological process is accompanied by the formation of single or multiple plaques. If appropriate measures are not taken in a timely manner, the probability of the pathology transitioning into a neglected form increases several times.

The severity of the clinical picture also depends on the stage of the course of the disease. During the period of remission, the manifested symptoms subside, the patient feels better. A recurring condition is characterized by the appearance of multiple psoriatic plaques, due to painful symptoms, a person's general well-being deteriorates.

Despite the high prevalence of the disease, it has not been possible to fully study and establish the exact factors that produce it. However, experts identify several alleged causes that can contribute to the appearance of psoriatic lesions on the elbows.

One of the most common factors is genetic predisposition. According to statistics, in 50% of cases a pathology is diagnosed in a person whose relatives were also prone to this disease.

The prerequisites for the development of psoriasis are the body's lack of resistance to infectious diseases, malnutrition, uncontrolled intake of drugs that have a negative effect on the immune system, thereby contributing to its weakening.

Vitamin deficiency and a lack of trace elements in the body can contribute to the manifestation of psoriasis.

Since the development of psoriasis on the elbows is accompanied by pronounced clinical signs, detecting the pathology is not difficult. First, the dermatologist conducts an external examination of the damaged areas of the epidermis and collects the patient's anamnesis.

To confirm the preliminary diagnosis, the patient is sent for a laboratory test.

A blood test allows you to identify a possible predisposition to an allergic reaction to certain drugs that can be used in the treatment of psoriasis. In addition, the analysis can help diagnose anemia, which is accompanied by characteristic deviations in the levels of leukocytes and erythrocytes.

Urinalysis allows determining the water-salt balance, that is, how much salt and water has entered and excreted in the human body.

Examination of feces is necessary to identify helminths contained in them.

If the main methods are not enough to establish a final diagnosis, the doctor prescribes an additional examination:

If there is a suspicion of a complicated course of the pathological process, an X-ray examination is carried out, which makes it possible to assess the involvement in the disease of the joints.

If women develop psoriasis during pregnancy, they will be referred for a prolactin test.

In addition, you may need to consult an orthopedist, rheumatologist, venereologist or mammologist.

There is no cure for psoriasis, but flare-ups can be prevented and the remission phase prolonged. Therapy in this case should be complex. It consists in the use of such methods of treatment:

It is also important to follow a special diet. It includes foods in the diet that contain substances that contribute to the onset of remission and limits the use of foods harmful to psoriasis.

When treating the disease, it is important to use drugs for internal administration in the form of capsules, tablets, tablets.

Antihistamines can be used to relieve itching.

It is important to remember that only an experienced specialist can prescribe such drugs, taking into account the severity of the disease, the age criterion, as well as the individual characteristics of the patient's body.

Ointments for rashes on elbows and shins

Psoriasis on the elbows is widely used for external use.

Experts say that the treatment of psoriasis should be comprehensive, so one application of creams will not be enough, since they only eliminate the symptoms of the disease on our skin.

With psoriasis, vitamin therapy is considered an important method in the complex treatment. In case of damage to the skin of the flexor surface, it is recommended to use vitamins of groups B, E, D, A and ascorbic acid.

To do this, you need to eat right: increase the consumption of foods containing these substances. In addition, vitamins can be purchased at pharmaceutical institutions. Vitamin solution can be used to lubricate problem skin.

Some ointments contain the necessary substances, so experts often prescribe such drugs for external use.

Vitamin and mineral complexes can be prescribed.

They are made every day or every other day.

Combined active ingredients are considered the most effective.

The dosage of these drugs is determined by a qualified specialist, taking into account the individual characteristics of the patient's body and the severity of the pathology.

In a pathological condition, it is important to adhere to the diet. Therefore, the following products should be included in the diet for psoriasis:

These ingredients enrich the body with useful substances and reduce acidity. In the event of illness, it makes sense to draw up a drinking plan. The daily drinking amount should be at least 1. 5 liters.

The following products are contraindicated for use in pathology:

It is necessary to limit the consumption of fried, fatty and salty foods.

In addition, fractional meals are recommended for psoriasis: portions should be small, and the number of meals per day should be increased to six times.

With psoriasis, it is recommended to visit resorts that are located in areas where hot and dry climatic conditions prevail.

An annual stay in sanatoriums where there are radon or sulfide baths is also desirable. In such places, the patient can undergo physiotherapeutic procedures that will help eliminate the signs of the disease and prolong the stage of remission. These include applications with paraffin or ozokerite, UV radiation, phototherapy, cryotherapy.

These procedures are carried out daily for 21-29 days.

Treatment of psoriasis on the elbows is carried out using an integrated approach. Drug therapy includes the use of funds for internal and external use. It is also important to take vitamins and diet during treatment. It is recommended to stay in sanatoriums and use homeopathic medicines.

With a long absence of therapeutic measures, the course of pathology on the elbows is complicated by the appearance of a number of diseases.

Psoriatic erythroderma can begin. In most cases, it occurs against the background of a sudden cessation or complete absence of treatment, frequent stressful situations, infectious diseases of origin, occurring in severe form, alcohol abuse.

Pustular generalized psoriasis is a more serious health threat. Such a course of pathology is characterized by a mass association of papules, as a result of which large foci are formed, at the localization of which the skin is exfoliated, pustular areas are formed.

Another complication is psoriatic arthritis. This is a pathological process that affects the joints and is accompanied by swelling, severe pain and reduced mobility.

Since the epidermis in this area is quite dry, regular care of the elbow area is necessary. To do this, you need to use a special cream that has moisturizing properties.

You should also stop smoking and drinking too much alcohol. Strengthening the immune system plays an equally important role. To do this, experts recommend taking vitamin and mineral complexes, playing sports and spending more time walking in the fresh air.

It is important to protect the skin from mechanical damage and not expose the body to frequent stress and mental disorders.

At the first symptoms of the development of an infectious disease, a visit to the doctor should not be postponed in order to ensure timely medical care. 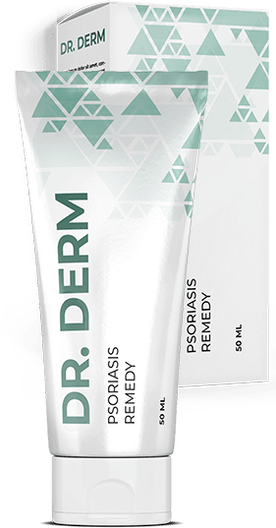